Sarah Werle Kimmel
Sarah is a writer at Ecommerce Magazine, which exists to highlight digital innovation in the fast-growing industry of e-commerce.
Mar 29, 2018
Top 5 Ecommerce Viral Video Campaigns
The one thing all viral videos have in common? Presenting a relatable problem.
✉️ Get top ecommerce knowledge in your inbox once a week.
Brought to you by Octane AI: Learn more about Facebook Messenger marketing for Shopify

Viral videos are a great way to get your product in front of a lot of eyes very quickly. However, it is difficult to pinpoint what makes people want to share a video that is essentially a commercial.

It has to have exactly the right mix of content that resonates with a lot of people, and then you have to put it in front of the right eyes to get the ball rolling. There isn't a set formula that can help you determine whether or not a video you produce will go viral. If there were, we would see a lot more videos make the cut.

Although it seems like this is a new marketing tactic, the truth is, these kinds of videos have been making the rounds for years.

There are many people who watch the Super Bowl strictly for the commercials that are aired during the game. These commercials have to hit exactly the right notes so people will not only remember the products they were selling, but they will want to talk about the video the next day as well.

A few things most viral videos have in common is that they present a relatable problem.

They also try to convince you, usually in a humorous way, that they are the solution to that problem. It is the same reason that Jerry Seinfeld is a popular comedian. He has always talked about his observations about everyday life that people understand and relate to.

Finally, the video should also be less than 5 minutes. Today’s viewers have an extremely short attention span, and will become bored with your sales pitch if it lasts longer than that.

Here are the top 6 Ecommerce viral video campaigns and why we think the videos were so successful. 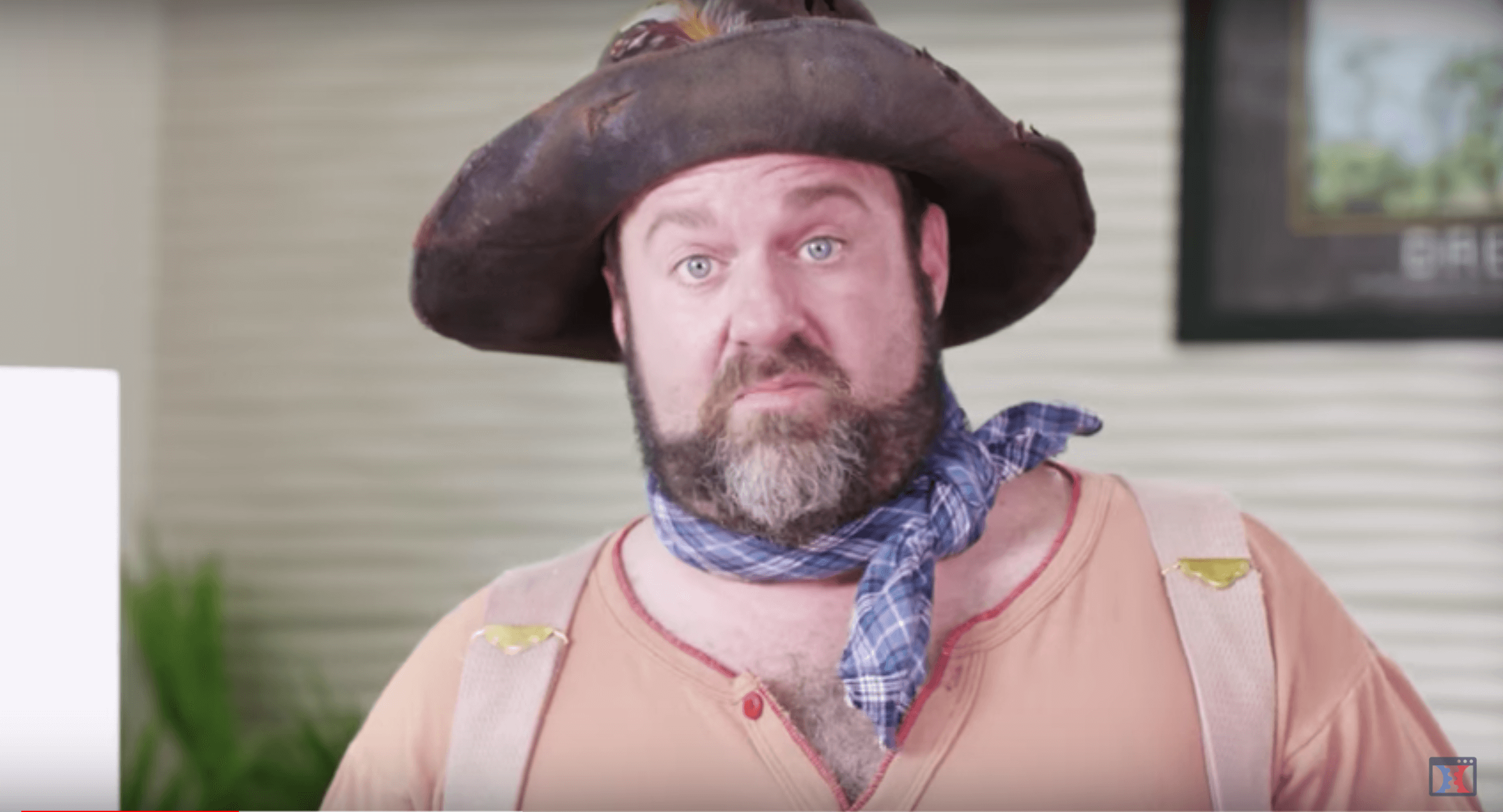 When Click Funnels started in 2014, they wanted to make an easier way for businesses to collect and create sales from leads.

The company offers an easy way for businesses with little coding experience to create a sales funnel easily. Once the funnel is established, they just need to direct customers to the URL, and Click Funnels should be able to gently guide visitors to a purchase.

The video catches your attention right off the bat. It does this by humorously using misdirection to make you think the beautiful woman is the gold digger the video is talking about, instead of a prospector.

Even if you don’t stick around for the rest of the video, the first few seconds can make you want to share the video. The video then proceeds to help you see how you can leave your boring office job if you would only use Click Funnels. 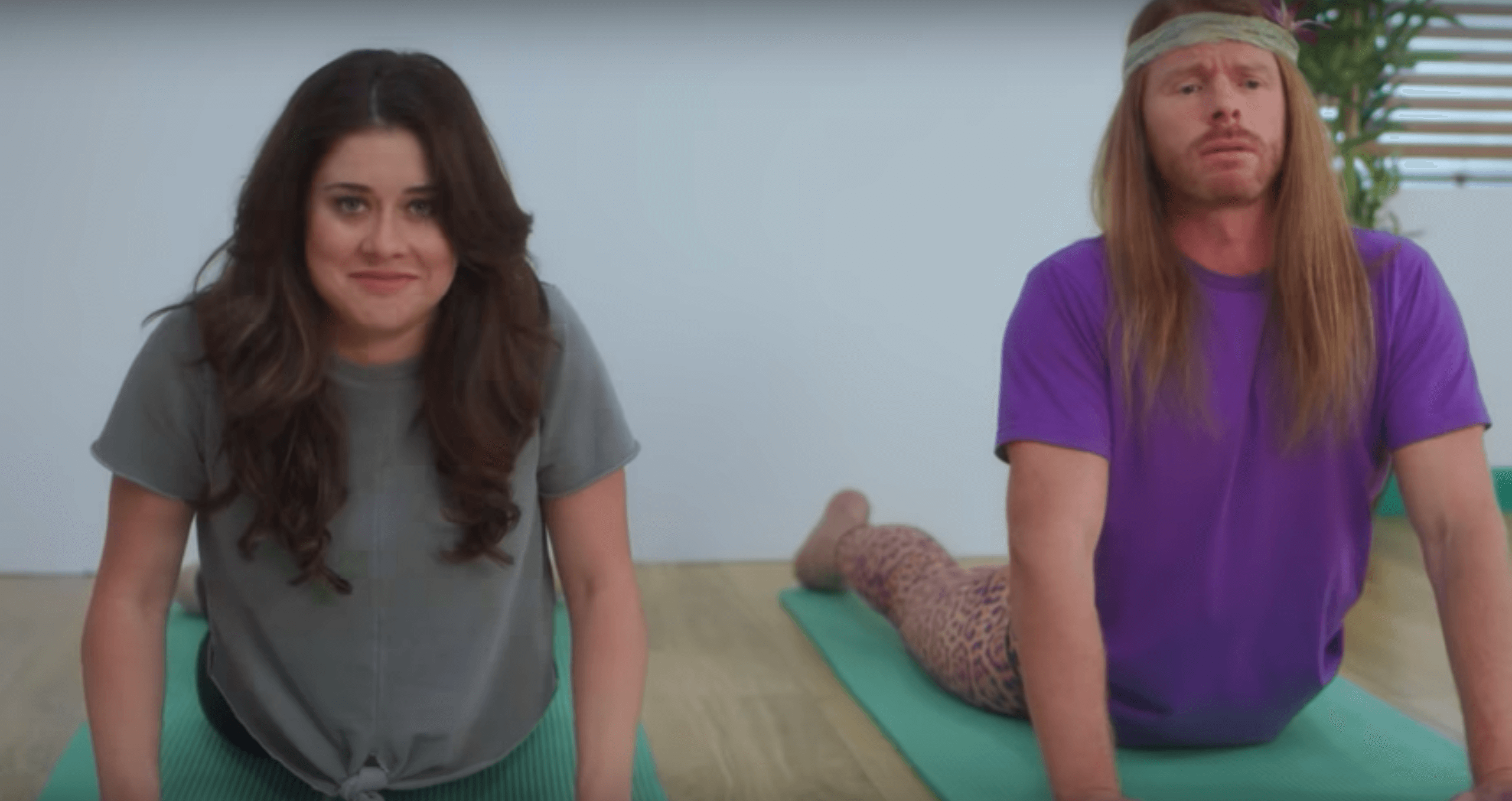 PiperWai utilized JP Sears, who is already extremely popular on YouTube, and produces many viral videos on a regular basis. The company was smart in their choice of JP Sears because the organic nature of the deodorant would resonate the most with his regular viewership. The topic is also something that the general population is concerned with, which is smelling bad. 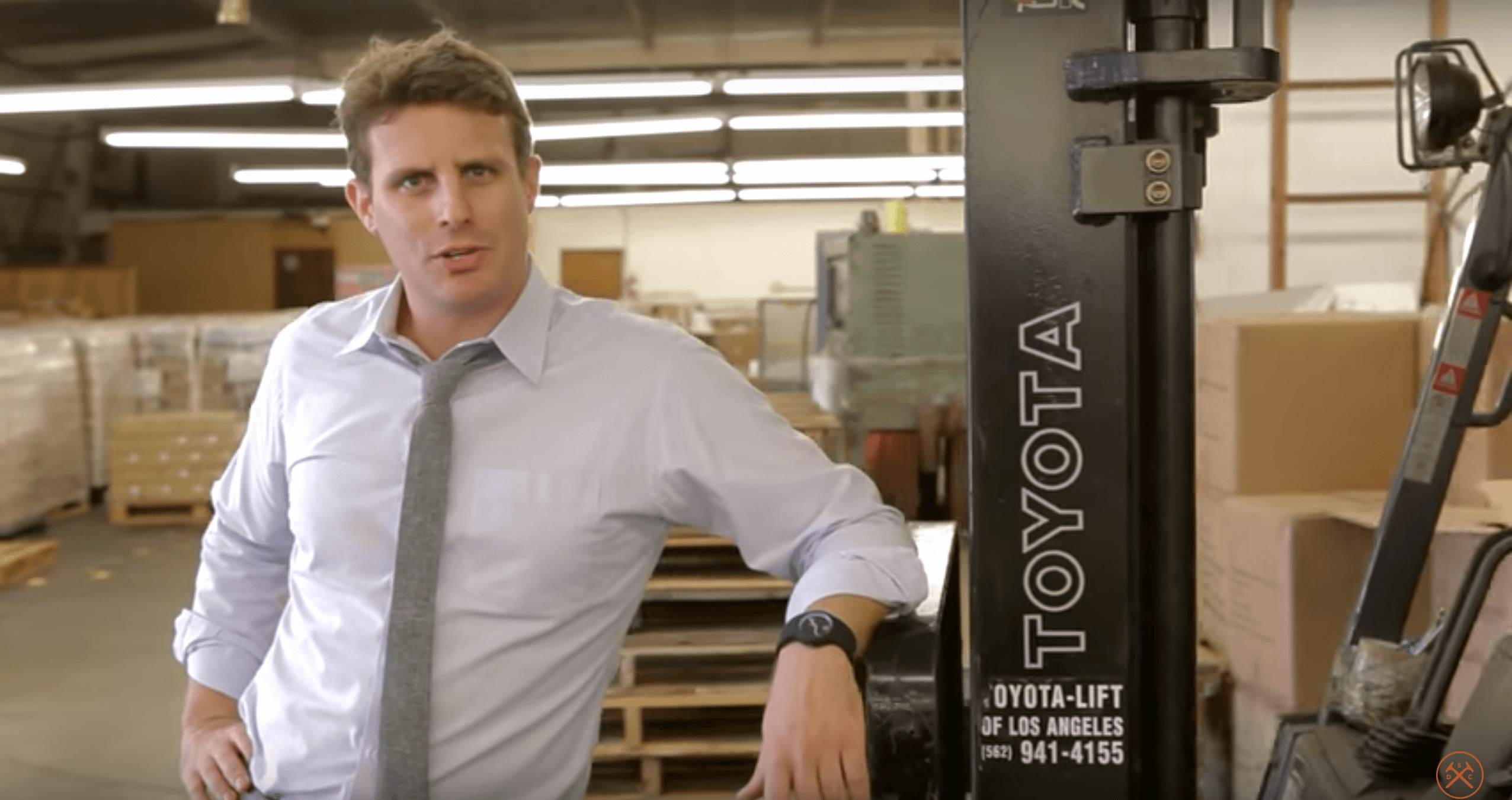 Dollar Shave Club is an online subscription that will send you razor blades on a regular schedule. The company attempts to disrupt the razor blade industry by offering their blades for much less than you can purchase at a local store.

One of the main reasons this video went viral was because it was incredibly funny. It was one of the first of its kind and many of the viral videos on this list have followed a similar formula.

The second reason it became viral was because it solved a real issue almost everyone deals with, which is how expensive it is to purchase razor blade refills. They not only filled a need in the market, they did so with a hilarious script delivered with perfect tone.

Chatbooks has created an easy way for parents to print out photos they upload to social media accounts. When you sign up for the service, it will monitor your account and automatically send you a book of your recent pictures after you have uploaded a specific number of photos.

This video was a huge hit with parents who understand all too well how hard it is to find time to do anything while raising children. The video shows all the ways kids can make your life difficult, and allows you to laugh at how hard it is to be a parent.

The product also solves a problem that many parents face, which is how to save memories that are created so they don’t get lost inside social media. 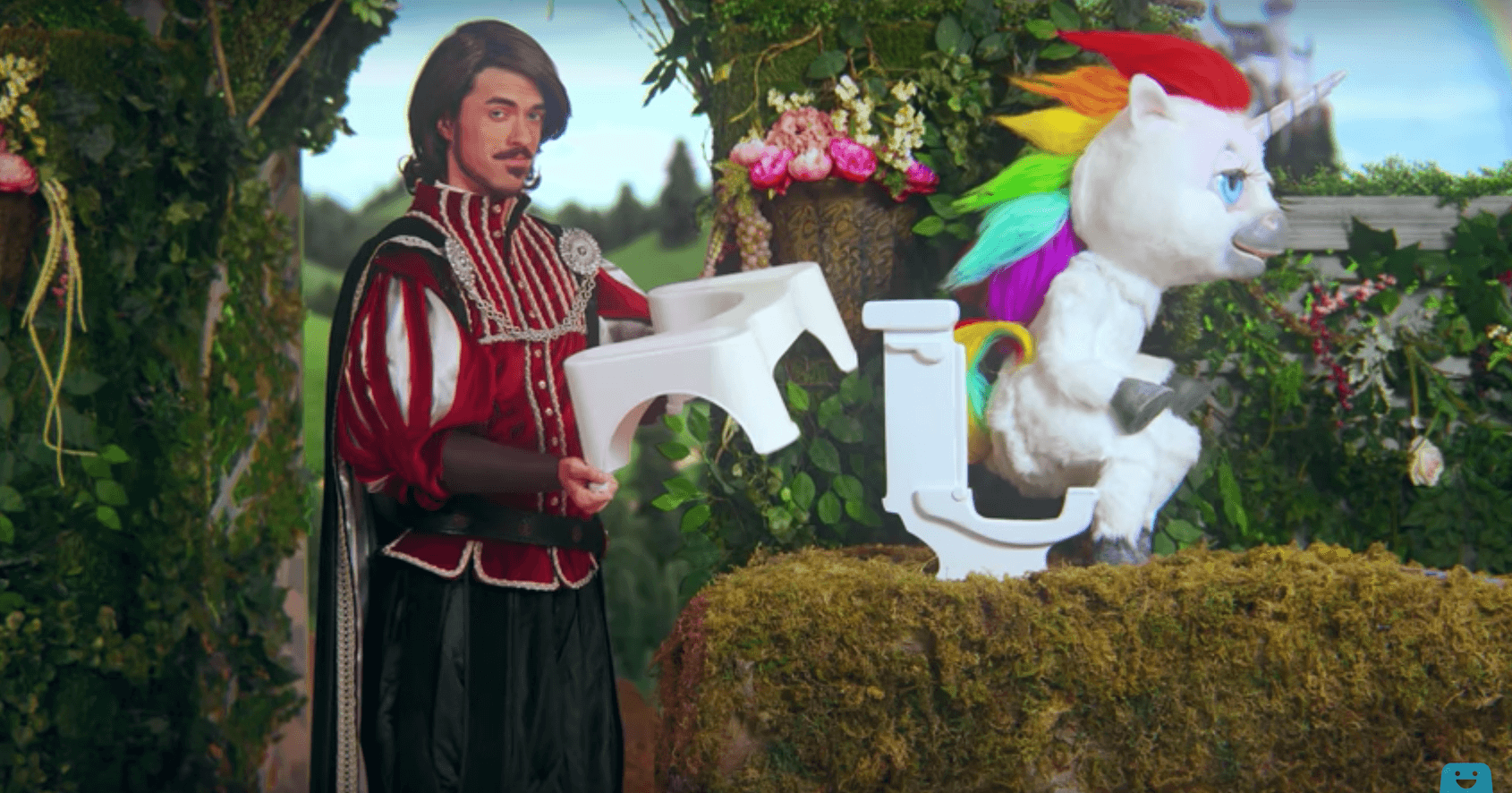 This company actually attempts to solve a problem you typically didn’t even know existed.

Squatty Potty based their entire product on the fact that everyone is pooping incorrectly. In order to allow for a more natural flow, you can use a Squatty Potty to set the right position when you are on the toilet.

Let’s be honest. I don’t care how old you are – poop jokes can still be funny.

The video shows how the product works in hilarious fashion by showing a unicorn pooping ice cream, which the main actor proceeds to eat.

I just don’t know how a pooping unicorn could NOT go viral. This video also helps you to see how you can solve your own bathroom issues with a simple to use product, which resonates with many people. 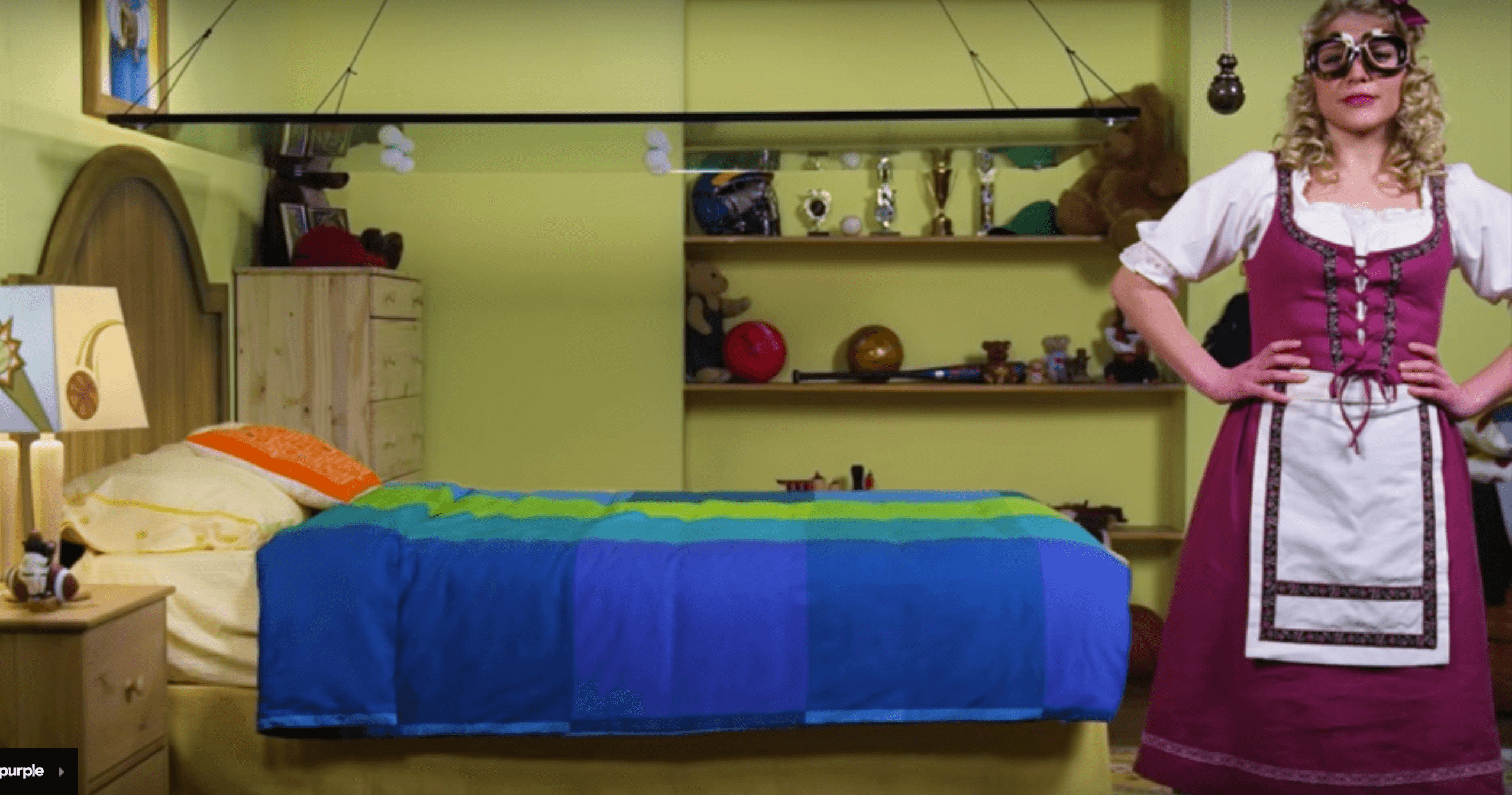 Purple is one of the many online mattress-in-a-box sales sites. The two brothers who created the company were engineers and hoped that they could change lives through their newly created technology that could provide a quality mattress for less money.

The video tackles the very common issue for many people of insomnia and lack of quality sleep.

This video claims to have the answer to all of your sleeping problems, and does so with a common sleep expert, Goldilocks. The fairy tale of the girl who tried 3 different beds to find the one that was just right was the perfect backdrop for this product, and helped the video find a broad audience.

The video also shows real world examples of the product, which helped the audience understand and want to share.

Keep learning with us!