Alison Rhoades
Alison is a writer at Ecommerce Magazine, which exists to highlight digital innovation in the fast-growing industry of e-commerce.
Mar 2, 2018
The Dreslyn Founders Create a Luxury Fashion Voice, Rooted in Distinction and Values
Thoughtfully selected, timeless, and focused, ecommerce brand Dreslyn sticks to their founding mantra.
✉️ Get top ecommerce knowledge in your inbox once a week.
Brought to you by Octane AI: Learn more about Facebook Messenger marketing for Shopify 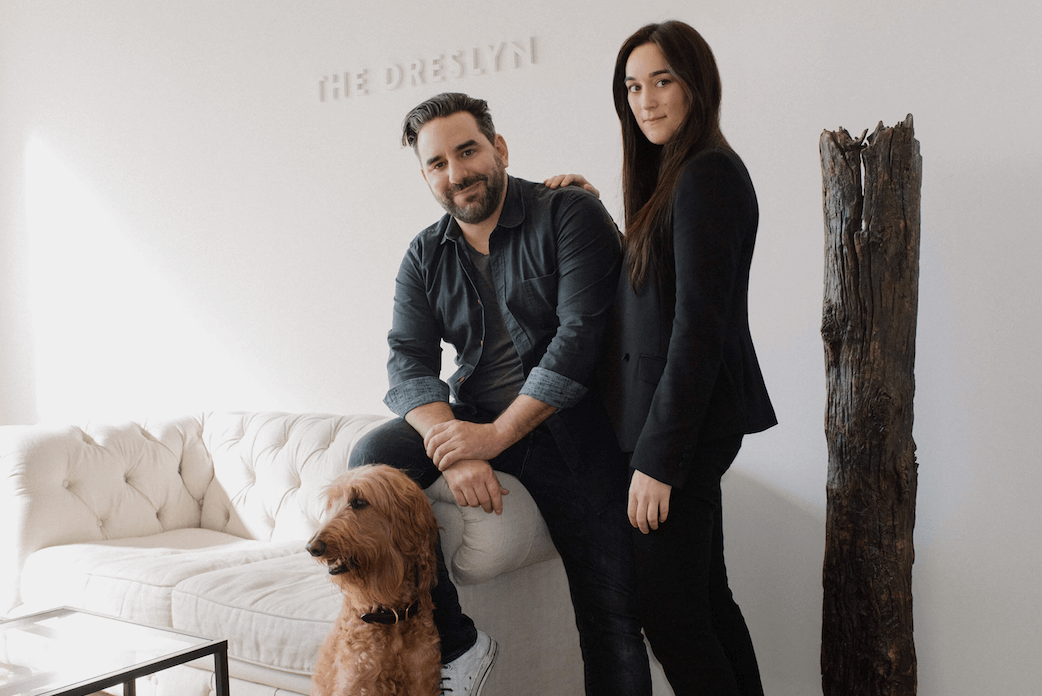 Restraint isn’t typically a buzzword among entrepreneurs, but it’s been a guiding principle for The Dreslyn, an online specialty store offering luxury products across apparel, accessories, home, and beauty with a minimalist focus and west coast point of view.

First launched in 2014 by Brooke Taylor Corcia, the brand credits its success to an edit that can be trusted.

Focus, not trends, is what sets The Dreslyn apart.

Creating at the Forefront of Change

An editorial sensibility came naturally to Corcia, who began her career in advertising at Conde Nast before coming on as the senior women’s buyer at SSENSE, a Montreal-based fashion ecommerce site.  The business grew by 400% in Corcia’s three years in the position.

Corcia felt like she had a great handle on what gaps there were in the fashion market, and all signs pointed to the West:

“At the time, there wasn’t any real voice for fashion in L.A. The women on the street that I would see were not really represented in the online space. Everything was coming out of NY or Europe and had a specific aesthetic. I felt like there was something else to speak to that was a little more understated, a little more classic, not so sex driven, and a bit more casual,” Corcia said.

“I looked at them and I said, ‘I know that this is the future,’” said Brooke. 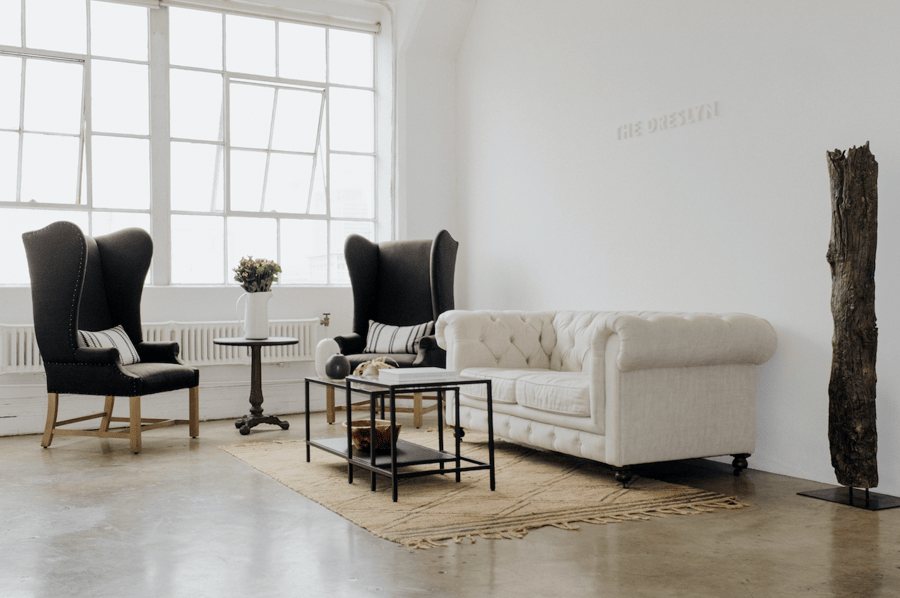 Daniel and Brandon used the seed money from a previous solar venture to help found The Dreslyn.

The company remains family owned, and the team relocated to a 10,000-square-foot warehouse space earlier this year to support its burgeoning operation. The minimalist company is experiencing some maximalist levels of growth.

We talked to Brooke and Daniel about how to scale and remain specialty, how to approach suppliers, and what lies ahead for the future of luxury ecommerce.

Begin With the End in Mind

Everything from end-to-end at The Dreslyn is managed under one roof. Brooke and Daniel approached their business plan not just as a launching plan, but as a blueprint. It’s a living, breathing document that they return to again and again.

Knowing where they wanted to end up meant that the team could focus on building a custom, guided experience for its customers:

“We know where we want to scale, we know how big we want to grow. Having worked with SSENSE …they’re very custom in their development and very tech savvy," Brooke said.

"Knowing that scale is something that happens very rapidly when you get it right, and that there is so much potential, we felt that we could personally offer the best experience to our customers if we had a bit more control and customization."

Of course, customizing from the outset is more expensive – and risky. But Brooke’s decade-long experience in fashion, paired with Daniel’s operational acumen, made it worth the investment.

“There’s two schools of thought: for us, there was a larger upfront cost to go ahead on the path that we decided to take. But, going the other way, you have to look at the flip side. If you were to start with another platform then switch mid-way, there is that process of transitioning and training the staff onto a new platform. We had seen the potential and where we wanted to end up, so we figured it's worth that investment up front as opposed to incurring it down the line,” said Daniel. 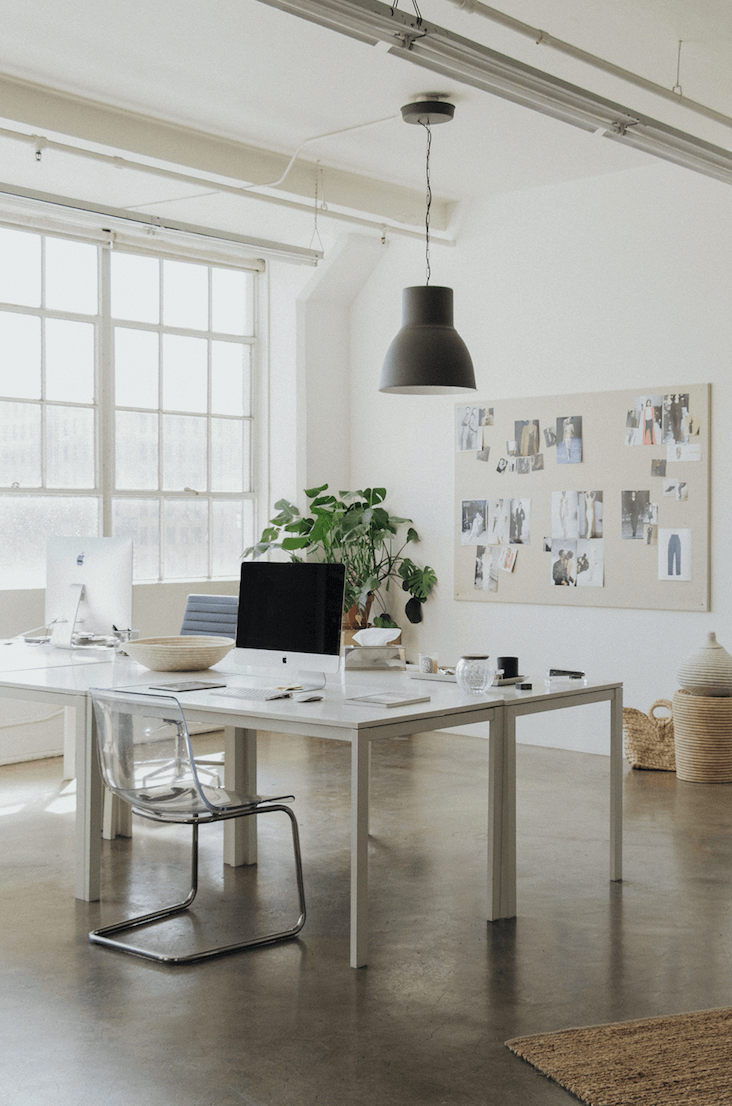 Having that tech on-hand allows the company to pivot if they need to.

That cushion is often invaluable, particularly for such a subtle brand; The Dreslyn didn’t advertise outwardly for the first several years. Clientele that discovered the brand found it through merit of the product, and the custom tech provided its own careful edit.

Keep in Touch With Your Core Competency

If you can reach a specific customer, it’s no longer a niche – its worldwide.

Brooke wanted to approach fashion from the perspective of a best friend, sister, or trusted resource, and she’d vouch for every product on the website.

The company has no plans to expand into brick-and-mortar and, unlike the traditional department store model, it’s comfortable with not appealing to everyone.

The Dreslyn has also scaled back most of its content, and does not use social media platforms like Snapchat to direct its customers. The idea of ‘educating’ consumers on what to wear is anathema to the company’s independent, mature ethos.

“I definitely think it’s for a woman who is confident and knows herself,” Brooke said.

Soon, the company may offer something for the whole family – children’s apparel is planned for 2019, and menswear is under consideration.

But whatever the future holds, the most important fit is for The Dreslyn. Brooke and Daniel live by every choice, each one careful and considered:

“If you have a sense of identity, definitely take ownership of that. What do you do better than anyone? Whatever that answer is, keep doing that.”

9 Agencies That Are Shaping the Future of Ecommerce
These ecommerce agencies are on the rise. Learn more about them.
Alison Rhoades
The Master Checklist For Launching A Shopify Store
The ultimate guide to launching your next Shopify store. Learn tips, tricks and best practices from the Trellis team.
Ross Beyeler
The Ultimate List of Books for Ecommerce Professionals
There's an endless amount of ecommerce business knowledge in this list!
Clint Mohs
These 31 Incredible Women Are Taking the Ecommerce World By Storm
Check out this list to learn about the amazing ladies transforming the online shopping experience.
Alison Rhoades
10 Email Alternatives to Mailchimp for Shopify
Here are 10 alternatives to using Mailchimp on Shopify.
Katie Krische
13 Fantastic Ecommerce Businesses To Shop Unique Gifts This Year
Shopping for your favorite people shouldn't be complicated.
Alison Rhoades
How to Scale Your Ecommerce Store from $1 Million to $100 Million
Derric Haynie of Ecommerce Tech recaps his virtual summit about how to scale your ecommerce store from $1 million to $100 million.
Derric Haynie
How DTC Brands Tell a Story With their Website
Direct to Consumer ecommerce brands have invested a lot of time and effort to tell a unified story with great success. Here's what they're doing right.
Anshey Bhatia
11 Ecommerce Podcasts You Need to Listen To
We've pulled together a list of the ultimate ecommerce podcasts to listen to today for relevant strategy and insights for DTC brands.
Katie Krische