Alison Rhoades
Alison is a writer at Ecommerce Magazine, which exists to highlight digital innovation in the fast-growing industry of e-commerce.
Feb 22, 2018
Why Live Out There is Building the Everlane of Outdoor Apparel
Jamie Clarke and George Achilleos discuss their mission to get ethically-manufactured gear to their customers
✉️ Get top ecommerce knowledge in your inbox once a week.
Brought to you by Octane AI: Learn more about Facebook Messenger marketing for Shopify 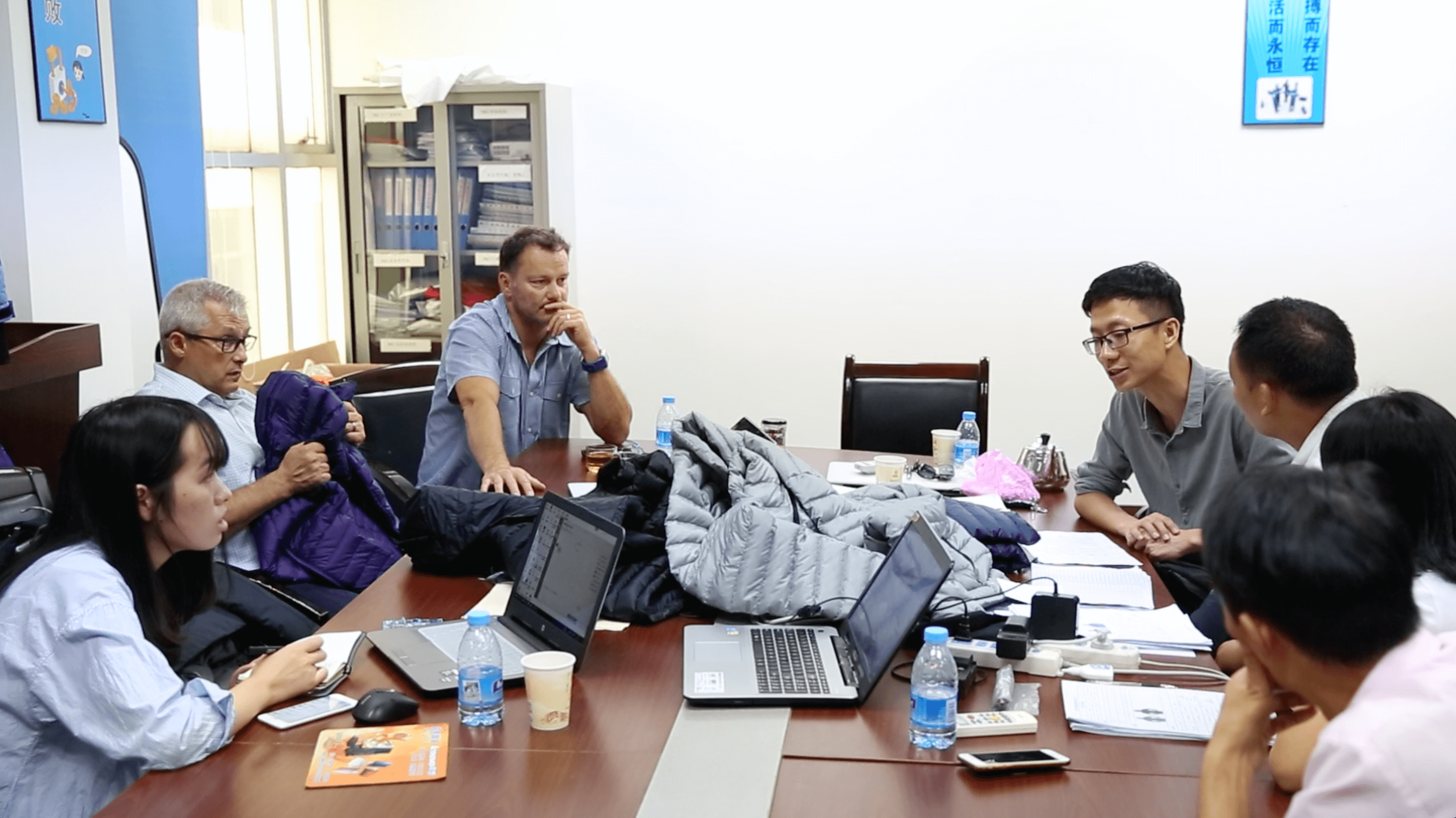 For Jamie Clarke, who started climbing mountains as a child and eventually reached the heights of the Seven Summits, the similarities between mountaineering and running a business are endless.

Of the most valuable lessons he’s learned throughout his life in the outdoors, most notable might be as follows: Always take time and listen to what people have to say.

“I learned that mountaineering. When you feel something in the environment – when the snow settles or there is something going on with the weather, it’s always good to take a beat and calculate process before going forward," Jamie says. "That keeps you alive on the side of a mountain and I’ve learned that it also keeps you alive in the boardroom too.”

Take his collaboration with childhood friend, entrepreneur and digital marketer George Achilleos, with whom he founded the online gear sensation Live Out There.

When people suggested that embarking on a business endeavor might ruin their friendship, Jamie’s experience in the Himalayas told him to listen up and take steps to prevent a fallout.

The friends created a covenant of sorts, a page-long document detailing how they would conduct themselves as a team, how they would communicate, and what roles they would each play. This, particularly in moments of stress, has helped hold them each to account.

They also agreed to have meetings just to touch base.

“We plan time to be together where we don’t have an agenda,” explains Jamie “Because, inevitably, something comes up that needs to be addressed.”

This allows them to air out any concerns they might have and to stay on the same page.

Their process seems to work. After 14 years, Live Out There has become the go-to brand for quality outdoor gear at a fair price, and the team behind it is as strong as ever.

Driven by the mission to get people outdoors and moving, the company has evolved into one of the most exciting businesses in ethical manufacturing, thanks to the duo’s drive to keep innovating and pushing boundaries, inside and outside the office.

As a young kid growing up in Calgary, Canada, Jamie always dreamed of climbing Mount Everest.

“I wanted to be rich in experience if not in material,” he says.

His first two failed attempts at climbing the famed mountain were heartbreaking, but helped prepare him for his future in entrepreneurialism.

“It taught me a valuable lesson about becoming comfortable with failure. Not necessarily accepting it, but just understanding that its part of success, it happens, you get over it, you get smarter. It’s disappointing, but it’s not devastating. You get pissed off for a few days, and then you begin again.”

The resilience he learned eventually helped him overcome the Seven Summits, write a few books, make a few films and, 14 years ago, open a retail shop with his old friend George.

The store was originally called Out There, and its mission was twofold: to get people access to outdoor gear not sold in other stores and to create a “local shop” where people could congregate and talk to other outdoor enthusiasts and to help get people outside. 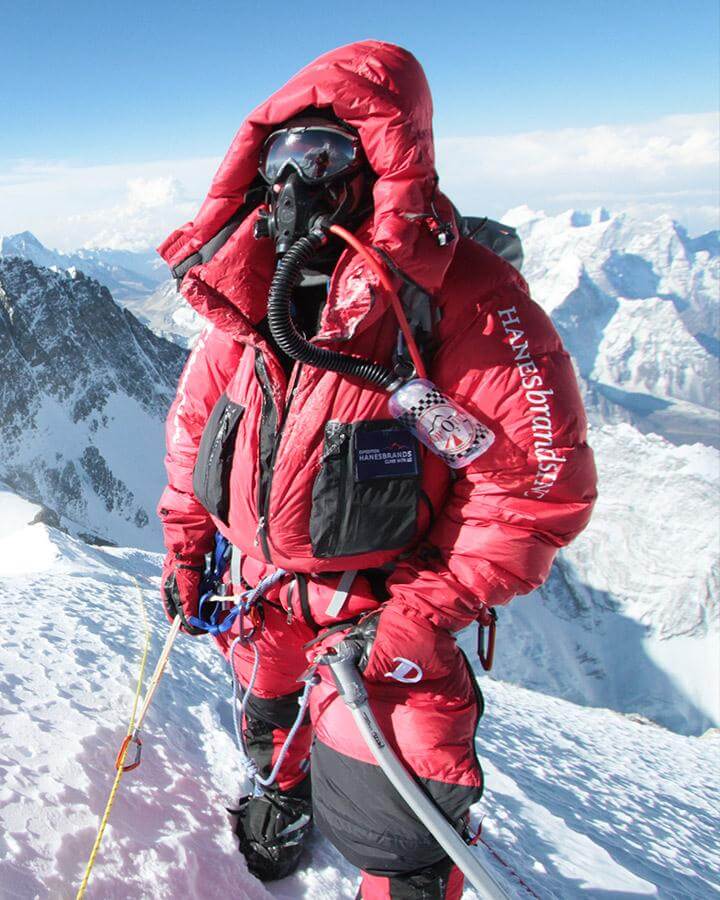 However, Jamie and George soon realized that the community feeling that the local shop promoted wasn’t reaching enough customers, nor was their business model of selling third party gear at a margin a good way to move forward in an increasingly digital economy.

“There was so much margin pressure, so much going on online,” says Jamie. “Even the manufacturers, they wanted to go directly to the consumer. So where does that put me? So we decided a few years ago that we needed to introduce our own brand.”

Thus, Out There became Live Out There, which manufactured and shipped its own outdoor products directly to the customer. Their gear is of the highest quality and bypasses the cost of traditional retailers, passing the savings right on to the customer.

The Everlane of the Outdoors

It’s no secret that we’re living through a moment of increasing customer demand for retailer accountability and transparency. Companies like Everlane blend high-quality clothes with direct consumer savings, all while prioritizing transparency and ethical business practices.

This business model served as a huge inspiration to Jamie and George.

“As manufacturers, we try to put pressure on our suppliers to grind costs down,” says Jamie. “We need to start thinking differently. We actually need to do the opposite.”

Jamie and George set out to do just that, taking their adventurous spirit with them.

Going directly to the consumer allowed them to put more money into the raw material procurement and the manufacturing process, resulting in a higher quality, more ethically produced product that remained true to the core mission of getting the world outside.

Each garment on their website shows the cost to make and the margin compared to the retail markup customers would face in a store.

For George, his adventures in the online marketing world had its own learning curve.

“When we got into this business, we were hiring optimization specialists who were essentially doing all sorts of things, using all sorts of tools,” George tells us. “What we found is that we got so mired in going down these rabbit holes to technologically solve some of these problems with some wizard-y software tools, we weren’t actually getting useful information. And the way we’ve simplified it now, is that we really look at some very basic metrics.”

Jamie compares this paring down to the experience of becoming an expert mountaineerer.

“When you don’t know what you’re doing when you go outside, you take everything, you fill your pack up. Over time when you get more skilled you take less and less," Jamie says. "And that’s really the transformation we’re going through in ecommerce, because we’re experts now. We know what to pack and what to leave at home." 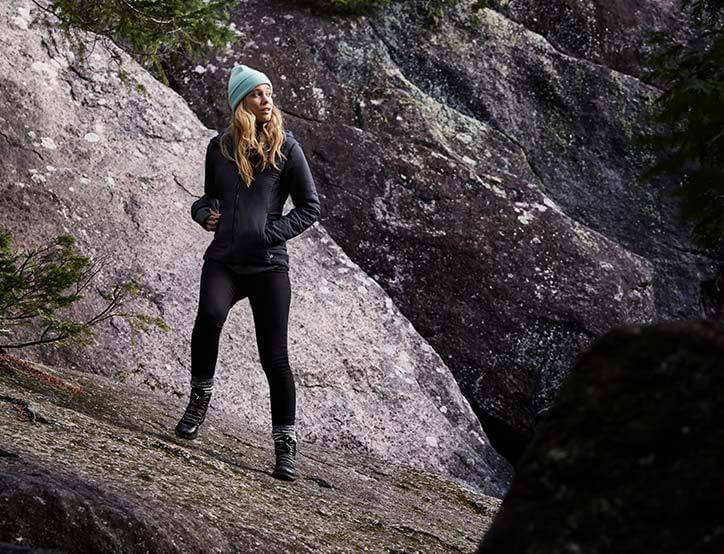 These days, Live Out There focuses on four primary metrics:

Regarding the channels they find most helpful, George also favors a pared-down approach, insisting that a unique selling proposition is key.

“You need to have something in the market that differentiates you. We found this with our old model – we were selling the same stuff everyone was selling," George says. "So to try to figure out which channels are going to work the best when you’ve got a lot of noise in the market and you’re the same as everybody else; it almost doesn’t matter. Because ultimately what it’s going to go to, regardless of channel, is how much you can sell them for.”

We wondered what tools are integral to such a highly functioning ecommerce business.

“Shopify in and of itself is a tool!” says George, siting the dashboards within the platform that help with revenue, average order value, traffic sources, etc. Apart from that, Google Analytics and Mailchimp are vital to their online marketing campaigns.

With so many years of ecommerce experience under their fluffy down coats, we asked George and Jamie to tell give us some tips for those just starting out in the business.

According to George, one of the key ingredients is naivety.

“I think if people really knew what they were about to embark upon when running an entrepreneurial venture or ecommerce venture, I suspect a lot of people wouldn't do it," he says. "There are a lot of starters in the world and not a lot of finishers, and the reality is that it’s really hard. That emotional journey has been one of the biggest surprises for me.” 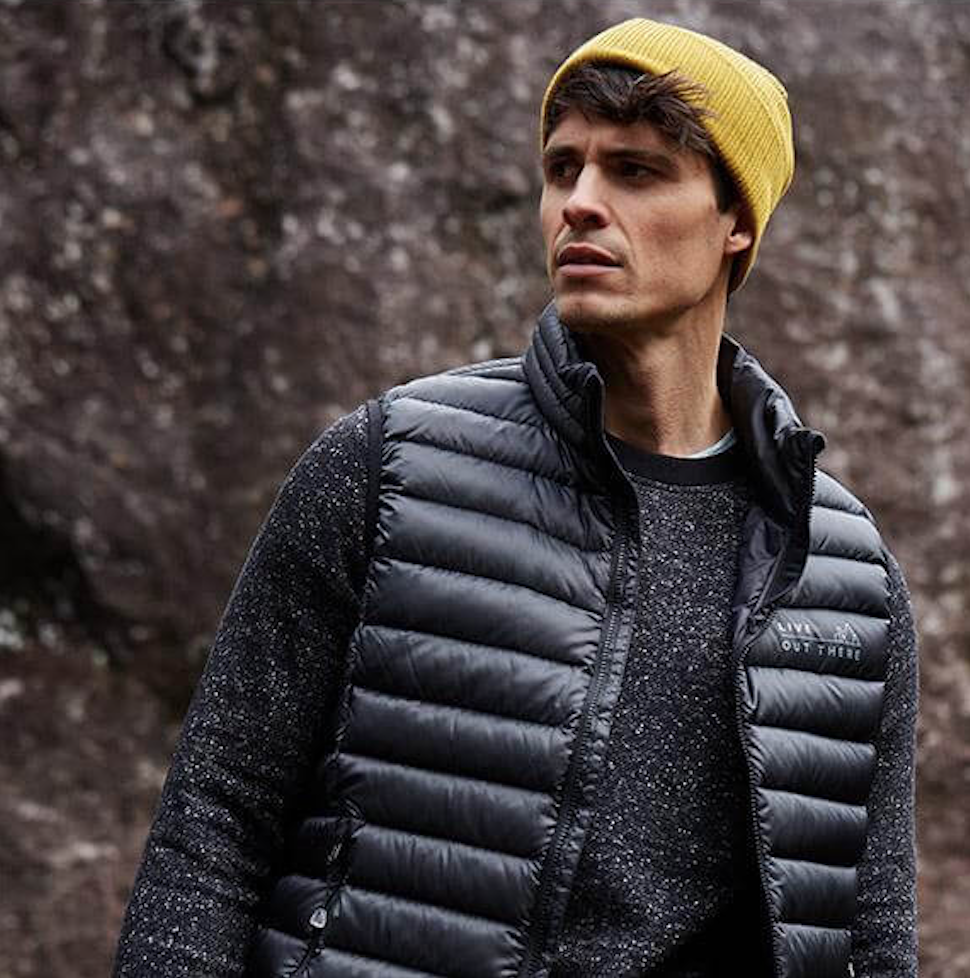 George insists that having someone who you can rely on and trust who can help you through it is critical; belief, persistence, and having a partner will get you through the hard times.

Jamie says that his strategy with climbing is to be the weakest climber in the group, which pushes him to be better. The same goes for his business.

“If I’m the expert in every subject and we’re having a meeting, then we’ve got a problem,” he says. “I want to have that meeting and be the dumbest guy in the room in those particular areas.”

Being humble, and teaming up with experts, he says, has been key to their success.

“When a team works, when it actually works, it’s magic.”

The road to a successful online store is certainly not easy, even for a seasoned adventurer like Jamie.

“I never thought that being an entrepreneur would be as hard as climbing Everest, but it’s harder – and that was a surprise," Jamie says. "I’ve been more tested, more fearful, have had a harder struggle and faced more difficult decisions in a boardroom with George than I have on the side of a mountain, and I would have never imagined that.”