Elliot Volkman
Apr 11, 2019
9 Things to Expect from Shopify Unite 2019
Shopify Unite 2019 is poised to be a big year for Shopify and their partners. Here are our predictions for what will be announced.
✉️ Get top ecommerce knowledge in your inbox once a week.
Brought to you by Octane AI: Learn more about Facebook Messenger marketing for Shopify 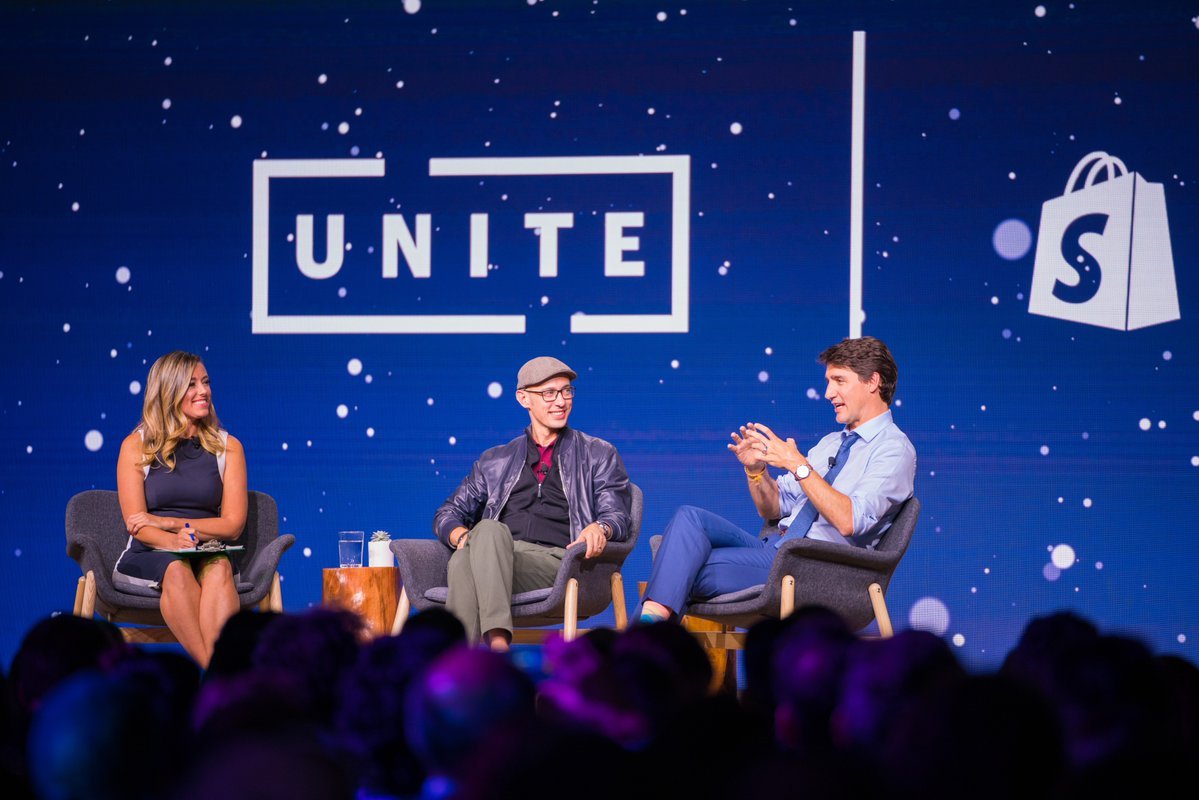 Are you attending Shopify Unite? We'd love to feature you. Learn more here.

Shopify officially unveiled the details around their annual conference, Shopify Unite 2019, which will take place on June 18-20, 2019 in Toronto. Unite will bring together partners and developers with the goal of creating a more collaborative community, simplifying the technological component of their platform, and the latest products and features. Last year, for example, Shopify announced new marketing solutions, a multi-currency feature, and Dynamic Checkout.

This comes at a time when worldwide ecommerce sales are projected to hit $4.88 trillion US dollars in 2021, up from just $2.3 trillion in 2017. Shopify is making a significant dent in that value, with nearly $2 billion in cash as of last December, which is a testament to their continued dedication to improving and simplifying how merchants sell products online.

Though the team has yet to release the full speaker lineup and agenda, some of the expected subjects will focus on optimizing app listings in the Shopify App Store, theme development, and using GraphQL to build apps.

Here are 9 things we predict will be covered at Shopify Unite 2019:

When Shopify Unite launched, it was initially focused on developers and the latest resources to support them. As the conference grew, so did the audience and subjects. This year, Shopify merchants can expect new resources and tools to better help them understand how the platform benefits them. These sessions and topics will focus on the non-technical features that allow them to understand their consumer data, improve revenue, and delighting customers.

Shopify Flow is designed to offload common tasks and automate them. This year, Shopify is expected to further enhance this solution, making it even easier to automate solutions that get in the way of growing ecommerce businesses.

A few weeks ago Instagram launched the ability for merchants to sell their products directly on the platform. Previously a brand was only able to advertise, but with the new feature set users never have to leave the app to complete a purchase. Shopify already supports the ability to sell products on Instagram, which means this new feature will certainly be a topic of discussion. 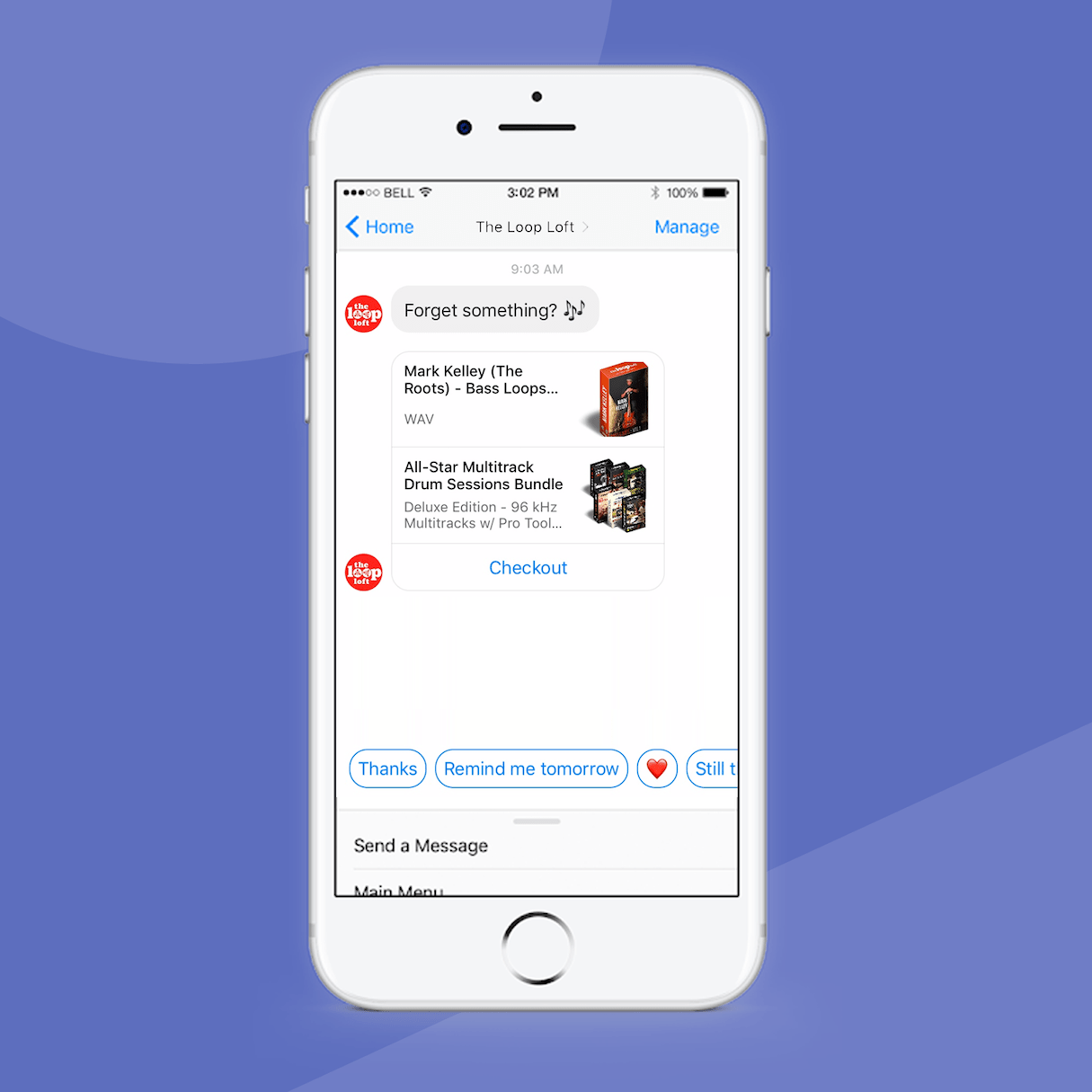 People spend more time on mobile messaging apps than anywhere else, which includes even using it as a phone, and that gives brands huge opportunities to offer a more conversational approach to selling. Between chatbots, customer service, and the need for instant gratification, shopping on Facebook Messenger will be a hot topic.

Thanks to the near endless apps and integrations, even small merchants are now able to expand the sales of their products outside of their home country. International expansion is no longer left to just large retailers, and the Shopify platform is making it easier.

Overpriced design is out, and full-scale experiences are in. The days of unnecessary and costly improvements to an ecommerce store are fading in the past thanks to the amount of data made available. Now, shops are looking more at developing experiences that set them apart from the story they tell to the unique offerings in how products are made. This year we can expect most ecommerce thought leaders to discuss breaking down silos and building stronger brands.

The majority of web traffic now comes from mobile devices. Therefore, it only makes sense that the associated apps and tech that come along with smartphones are vital components of building a stronger ecommerce experience. Customers already expect regular updates on their purchase orders and shipping, which in turn gives a brand ample opportunities to cross or upsell, too. Mobile shopping will only become even more prominent as the use of 5G technology begins to roll out.

Between Alexa, Google Home, and Siri, voice search and voice shopping is set to make large strides once again. In a recent Deloitte report, they state that in 2019 the voice-based search industry will be valued at $7 Billion. Not only that, but by 2020, half of all online searches will be powered by voice. These kinds of numbers can’t be ignored, and it means brands need to develop strategies to account for voice-based search.

Expanded Use of Augmented Reality

The world isn’t quite ready for virtual reality, but augmented reality is being more widely adopted. Thanks to augmented reality, visualizing how a product fits in a particular space, say a couch in your living room, or color modifications to your hair looks, can all be done from the comfort of your home.

Are you attending Shopify Unite? We'd love to feature you. Learn more here.

One of Shark Tank’s Most Controversial Contestants Reflects on His 17 Years in Ecommerce
Lawyer-Turned-Entrepreneur Scott Jordan Shares His Story
Alison Rhoades
These 31 Incredible Women Are Taking the Ecommerce World By Storm
Check out this list to learn about the amazing ladies transforming the online shopping experience.
Alison Rhoades
The Master Checklist For Launching A Shopify Store
The ultimate guide to launching your next Shopify store. Learn tips, tricks and best practices from the Trellis team.
Ross Beyeler
Omnichannel and Multichannel: Know Your Terminology
What's the difference?
Niamh Reed
13 Fantastic Ecommerce Businesses To Shop Unique Gifts This Year
Shopping for your favorite people shouldn't be complicated.
Alison Rhoades
Friction-Free Commerce: Meet the Retailers Doing it Right
Why retailers that make the customer experience as easy, quick, and hassle-free as possible consistently win more business.
Bart Mroz
How to Scale Your Ecommerce Store from $1 Million to $100 Million
Derric Haynie of Ecommerce Tech recaps his virtual summit about how to scale your ecommerce store from $1 million to $100 million.
Derric Haynie
11 Ecommerce Podcasts You Need to Listen To
We've pulled together a list of the ultimate ecommerce podcasts to listen to today for relevant strategy and insights for DTC brands.
Katie Krische
6 Inspirational Small Business Owners Who Will Inspire You To Launch Your Dream
Their stories will motivate you to take the next step.
Joseph Barkeley